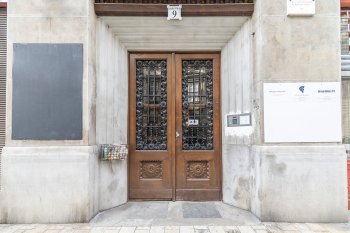 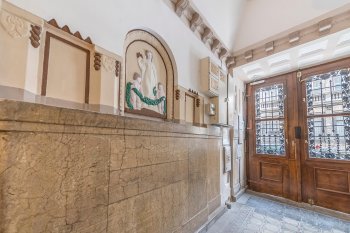 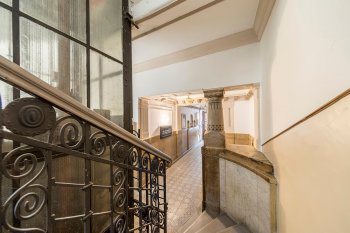 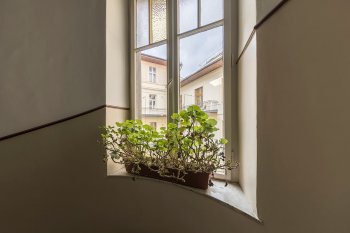 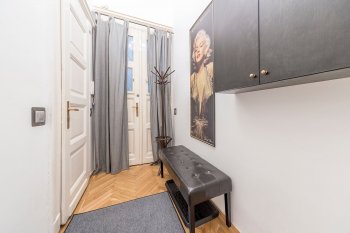 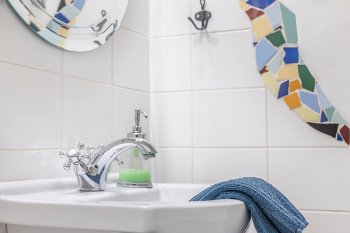 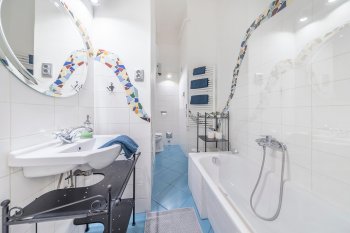 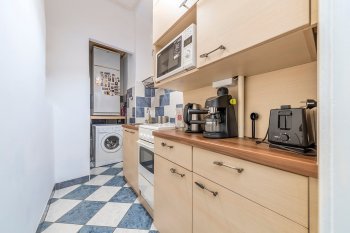 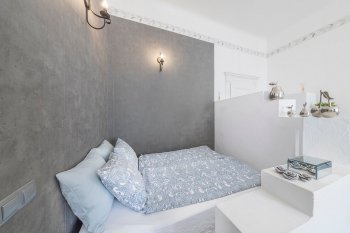 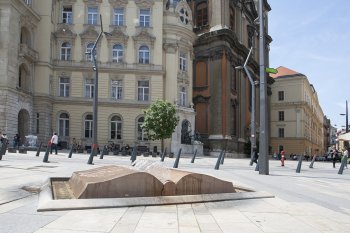 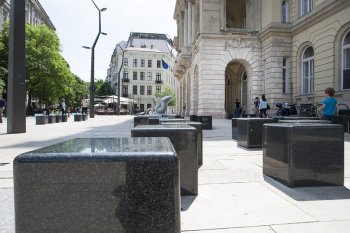 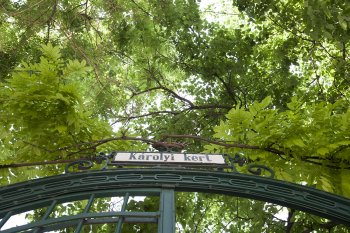 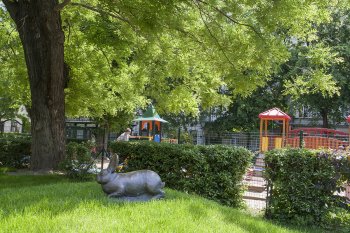 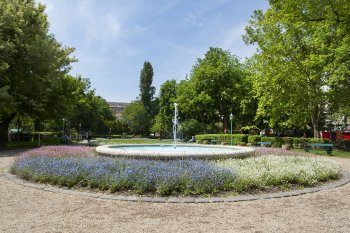 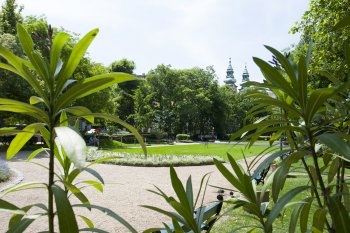 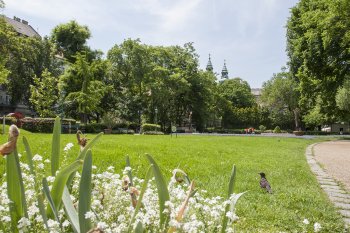 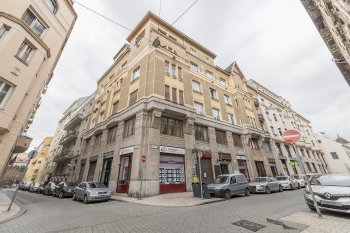 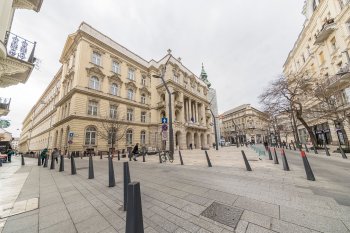 A small sunny studio located in the center of Budapest, on the most famous pedestrian street of Budapest, will provide shelter for a couple of guests of the capital of Hungary for any period starting from two nights.

Now Vaci is the main tourist pedestrian street of Budapest, filled with boutiques, restaurants, hotels and wandering artists and lounging public. It is also good for shopping, every ages can find products what might fit to theirs taste.

As for the studio itself as an apartment for living, look at the “tour” tab, and be sure to look at the “reviews” tab, you will be satisfied, as if you had already visited our small studio. The studio has everything you need. The studio now has only one drawback - there is no air conditioning, this can only affect if there is heat in Budapest at 35 degrees, a stone house provides cool living space, in addition to the apartment there is a fan.

Váci Street in 1905, was the La rue Montorgueil of Budapest, stretched from Fővám Square of the Central Market to Vörösmarty Square parallel to the Danube, a little more than a kilometer the size of 16th century Pest. Once that part of the street was outside the fortress wall, it was called Lipot and was the central city highway. Then the wall was broken, Pest was growing, and Vaci became the main street of a small town then. German immigrants, Greeks, rich Hungarians began to actively occupy the street. The condition for settlement was the construction of a decent house, for which the building was exempted from taxes for 5 years, the street was built for a long time, but by the beginning of the twentieth century it became one of the main shopping streets of the city, and perform functions local Broadway, where people came not only to buy something, but just to gawk, look at others, show themselves.

April is located in the center of Budapest, two minutes from Vaci street. You can find cosy restaurants, nice bars near the apartment, at the Egyetem Tér, which got it’s name from the beautiful university in the center. Also April is just a few minutes away from the famous Vásárcsarnok which is the oldest and largest indoor market of Budapest. It was built 1897 in the Habsburg era and resembles it’s architecture. You can buy there traditional authentic Hungarian specialties, souvenirs for a reasonable price. You can try our our traditional cuisine there, shuch as Lángos or Hungarian Sausages. The well-known Gellért Bath at the feet of the Gellért Mountain is only 10 minutes away by foot from April.The nearest metro station is Kálvin tere ( 2 minutes from the apartment by foot).

How to get to the studio. Take the 100E bus at the airport (runs every 15-20 minutes), a ticket costs 900 forints (about 3 euros). Get off at Kálvin tér (Calvin ter), from there 300 meters walk to the address you need. In front of you is a door with a nine above, go in and have a luxurious choice between the elevator to the second floor and the wonderful staircase from the time of the conquest of Crimea. The first time you still come in with our employee, he must show you everything, including where the corkscrew is located.

A kitchen in the area of ​​6 meters, for two people - a luxurious gift, you can cook and eat. As for the products, and where to buy them, we did not find in the immediate vicinity of a good grocery store with reviews of more than 4 points out of 5 on Google maps,

reviews of grocery stores in the area for tourists are frankly not the best, the best solution is to go to the central market (in the kilometer area) and shops with good reviews, and you can buy whatever you like.

A fairly spacious living room, despite a double bed has a lot of free space, an additional sofa, if you have a child or an annoying friend.

The bathroom has everything with even  a bath which you can use as a shower as well.

Since this is a studio, the bed is located directly in the living room, but your bedroom is automatically equipped with a good, large TV, and the presence of a kitchen just a stone's throw from the bed will allow one of you to have breakfast in bed if someone else decides this breakfast to someone to cook something.

Vaci Street, all sightseeing in center

Apartment for rent is very new, so there are no reviews yet, be the first:)

Apartment for rent is very new, so there are no reviews yet, be the first:)

Hősök tere, 1146 ,Budapest
-3.18 Kilometer
The distance from the rented apartment to the objects is calculated in a straight line without taking into account the topology of streets and buildings.