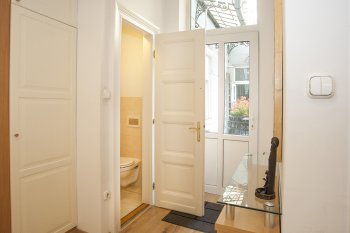 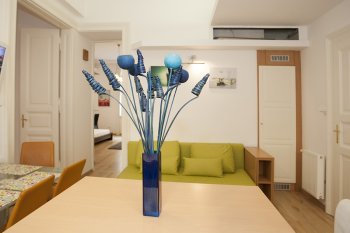 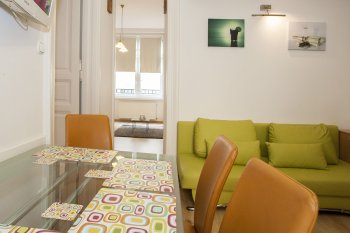 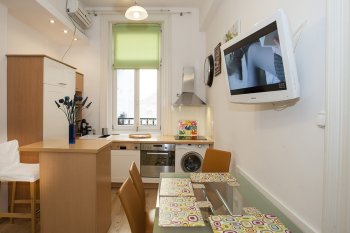 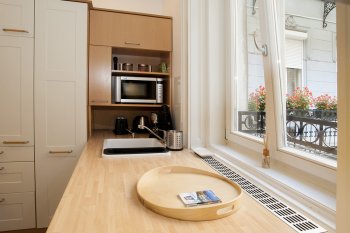 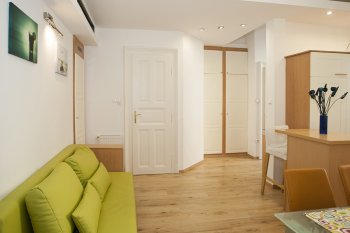 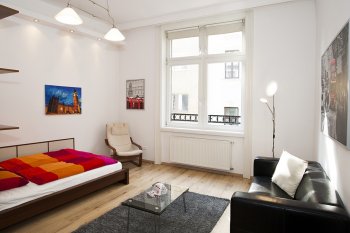 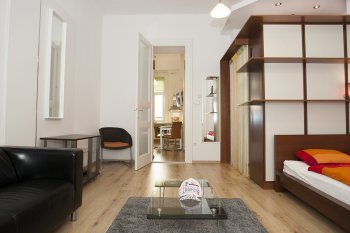 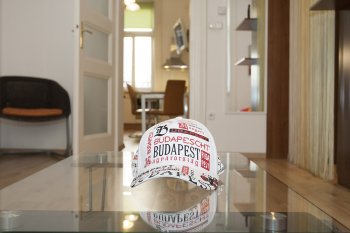 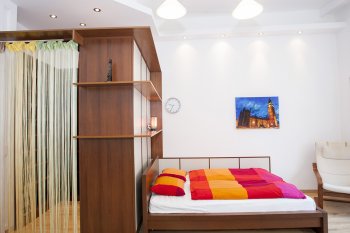 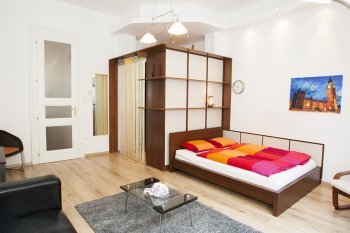 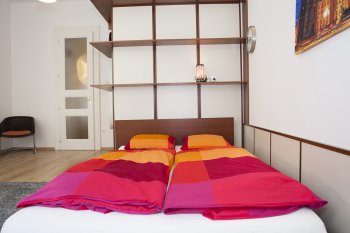 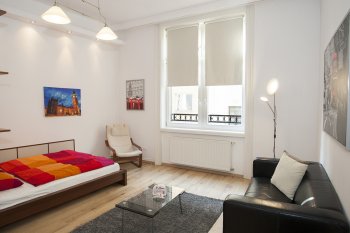 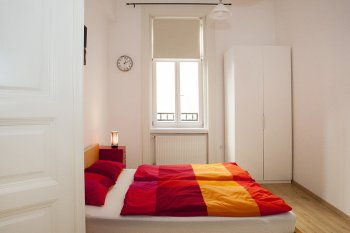 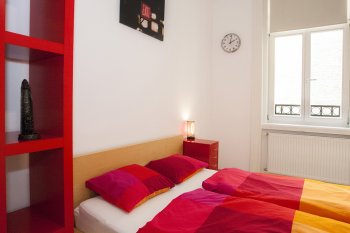 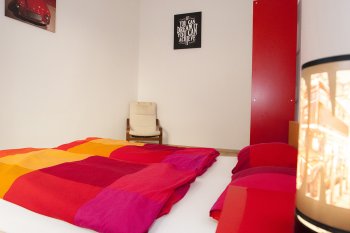 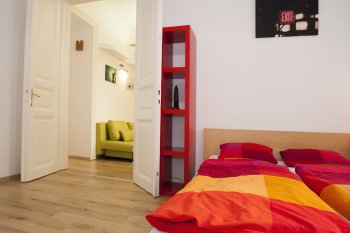 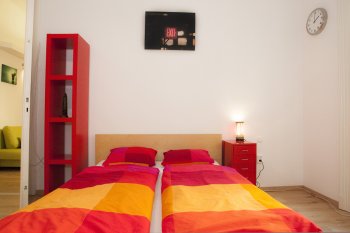 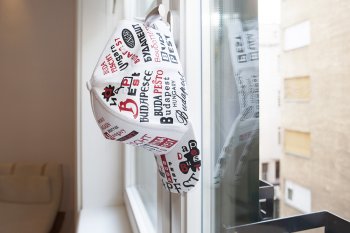 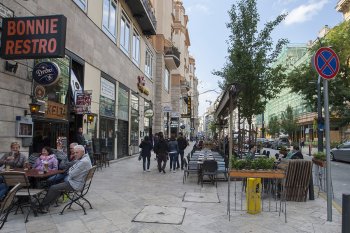 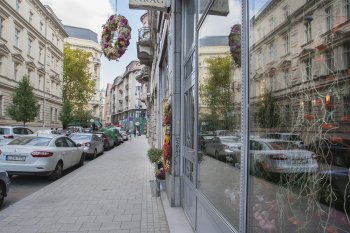 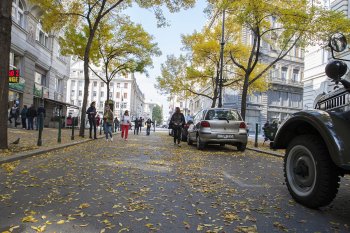 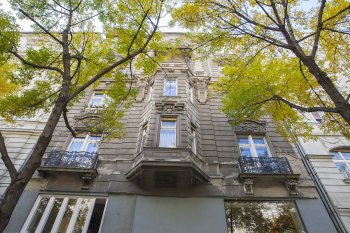 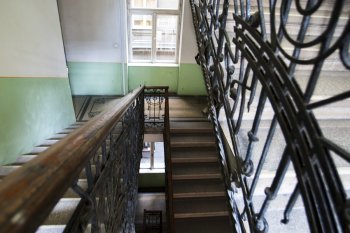 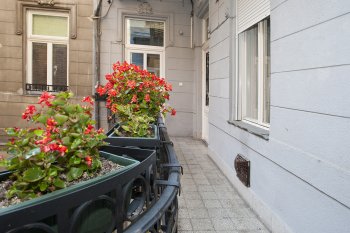 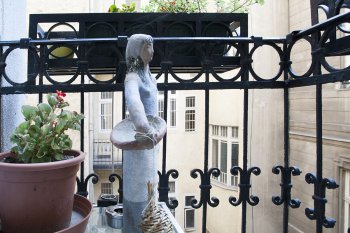 This apartment is intended for a big family or a group of tourists. We could prepare even G7 group accommodation in our apartment in the center, it is strange that no one has contacted with this request yet.

The apartment for rent is located in the heart of the Belváros district, which means in simply - the city center in Hungarian. Once in the 13th century it was the entrance of Budapest and the whole city was limited to points, somewhere near the current metro stations of Ferenciek tere, Astoria and Kálvin tér, which in general repeats the border of the Belvaros district. In some places in the area you can see how the houses which were built in the 18th century are quietly standing on the erected remains of the 14th century fortress wall.

We already wrote about Vaci street - (Budapest rue Cler) when we described other rented apartments, because we offer several apartments on Váci for different taste and prices, and a lot has been written about Vaci street on all over the Internet. If you rent this apartment, you will live next to Kossuth Lajos Street, which is leaving the Erzhebet Bridge, passes through the whole center of Belvaros and rests on Rakoczi Street, which was already out of town in the 13th century. Who is Lajos Kossuth?  He is a Slovak guy born in 1802,  very talented, graduated from the University of Pest, possessing remarkable eloquence and feeling so Hungarian that he denied many other nations, including his Slovaks. He worked as a lawyer, had good practice, because of honesty and integrity, completely fertile material for starting political activity. Hungary was tired of the Habsburg empire at that time, and the young Lajos, who received the same seat as a deputy in Presburg (now Bratislava), began to intensively rock the boat of the Austro-Hungarian Empire, issuing a newspaper, which addressed the issues of the unjust structure of the society, and the Hungarian national liberation movement. The newspaper got banned, began to produce a leaflet that they began to distribute among the deputies, he moved to Pest, where he was imprisoned for treason. After spending three years in prison, he headed out to the publication of the Pest Leaf, and with renewed vigor began to break up the rotten system. The Austrian Chancellor personally offered him a job in the Austrian monarchy, but he refused. What did Kossuth want? 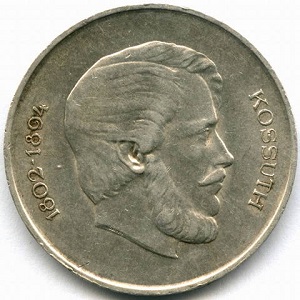 Independent democratic Hungary, the abolition of serfdom, election based not on the estates, but on a nationwide representation. In general, this peaceful revolution led by Kossuth won and, in response to the petition of the Hungarian Parliament, Hungary was granted self-government. It didn’t matter that after it came to the war with Austria, and that Russia helped to defeat Kossuth’s army, he capitulated and went into exile ... Budapest already ceased to be under unlimited pressure from Austria, and in 1892, when Kossuth was still alive, a street not far from ours been called him by the name, in  the Square in front of the Parliament — the name of the rebel Lajos Kossuth, who had practically lived in Hungary for only 20 years, but who did everything for this country more than any other politician in their life.

If you rent this three-room apartment, at least for a couple of days, you will surely find yourself on one of the central streets of Budapest on Lajos Kossuth Street, and if you find yourself near the Hungarian Parliament you can familiarize yourself with the monuments to this hero of Hungary.

You can use the elevator, or climb this funny staircase up to the third floor, exit to the balcony-terrace in the courtyard and from there get into the apartment.

Just to know, we are going to guide you, when you arrive.

The kitchen is a semi-kitchen, a semi-living room that can be used as a kitchen or a living room, you can cook and hang out in it, in the kitchen you will find all the necessary equipment for cooking. There is a TV with interesting Hungarian and World news as well, and a sofa for people waiting for serving food and drinks.

By the way, the distance from the apartment to the Central Market Hall is not more than 700 meters, and if you are a  prudent traveler and you need to buy food for a group, you can buy food products in the Central Market Hall at a cheaper price and most importantly better quality products. This is a free, instructive and most importantly useful tour. Although if you are too lazy, you can look at the map on our website at - the tab "Nearby" for further shops, food or "Eatery"

We offer  shops, restaurants, currency exchanges in the map of the apartment with a large number of reviews, that you can read and they have good ratings usually between four to five.

Bathroom has all equipment that is needed, there is a separate toilet

The bigger bedroom is also a kind of living room, where you can have a rest, and sleep, but big enought to read or play with children. A little extra, that there is a wardrobe here.

The second bedroom in the apartment you are renting is more modest; there is a clock from the amenities and a terrace window, except for the bed itself. But quite solitary.

Inexpensive , perfect location in the center

Rating of guests who rented this apartment 9.2 From 10

Total reviews from Booking.com about apartment for rent :78

Rating of guests who rented this apartment 5.0 From 5

Reviews from Airbnb about flat for rent :3

Hősök tere, 1146 ,Budapest
-3.17 Kilometer
The distance from the rented apartment to the objects is calculated in a straight line without taking into account the topology of streets and buildings.